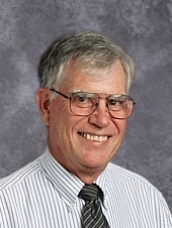 Mr. Clifford teaches our upper level high school math and Physics classes and has been at CCA since 2013. He holds a Bachelor of Science degree in Mechanical Engineering from Cornell University and a Master of Business Administration degree from New York Institute of Technology. After the completion of six post-graduate education classes at the University of Central Florida and Florida Southern University, he received his State of Florida Professional Educator’s Certificate and an Association of Christian Schools International Educator Certificate in 2016. Prior to joining our faculty, he began his teaching career in 2002 as a high school math instructor and administrator for a local private school. He also possesses extensive experience in the field of design engineering, starting in automotive electrical systems at Chrysler Corp. and ultimately moving to aircraft ignition and power generation. The latter brought him to Jacksonville's Unison Industries (a subsidiary of GE Aircraft Engines) in 1987.

His testimony: "I was brought up in the Church and have been a Christian all my life.  While I have worked hard, the hardships have been few. This should make one more reverent and thankful for the many blessings that God bestows on us.  I have a terriffic wife (and my best friend), two grown children whom I love dearly and a large extended family whose company we enjoy. Yet even with a successful career in the industry, something was missing and that something was I was failing to give back. I finally learned to trust Jesus more than myself and through a prayerful transition; thankfully he led me to the classroom. I have never been happier and believe that the opportunity to share my God given talents with our CCA students is not only a privelege for me, but another of God's blessings."